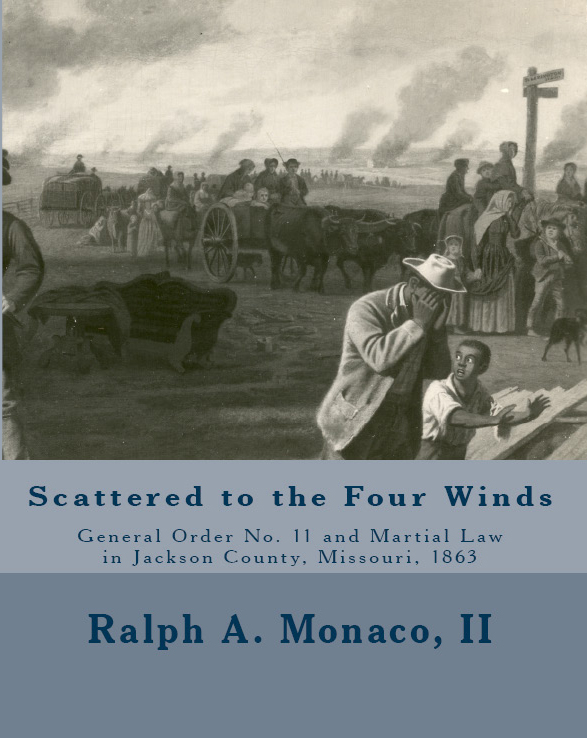 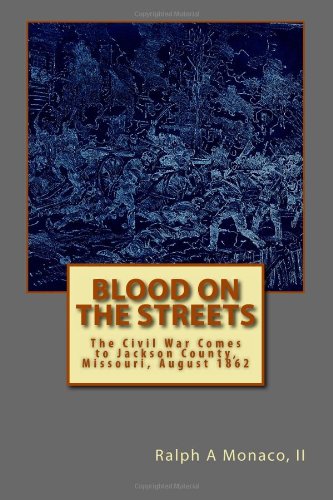 Scattered to the Four Winds
The Civil War in Missouri--and particularly in Jackson County--was an "uncivil affair" that climaxed during the summer of 1863 with "Order No. 11," one of the most drastic military measures ever imposed upon a civilian population in American History to that date. This sesquicentennial publication commemorates that 1863 event rarely mentioned in U.S. history books. From the adoption of the Kansas-Nebraska Act on May 30, 1854, through the imposition of martial law on August 25, 1863, Jackson County experienced almost persistent turmoil, toil and tribulation.
Son of a Bandit, Jesse James & The Leeds Gang
Blood on the Streets
Ralph A. Monaco II, in Son of a Bandit, brilliantly brings to life the overlapping stories of the legendary bandit, Jesse James and his sole surviving son, Jesse Jr. The author weaves the reader through a story consisting of thought provoking questions - the same puzzeling questions anxious readers of contemporary newspapers had read of the bandit and his son. Would he rob trains like his pa or stand trial as did his Uncle, Frank James?
An excerpt from a fateful day in the life of a Son of a Bandit: "A young boy about six, and his younger sister, nearly three, having heard the same echoing noise also bolted through the threshold. The young lad observing his weeping mother and mortally wounded father instantly felt revenge in his heart and soul."
Son of a Bandit is packed with murder, adventure, suspense, and mystery. The writer integrates a wide scope of popular local Missouri history and National news headlines of the time between the pages of a masterfully written book. Within one week of being published, Son of a Bandit, Jesse James & The Leeds Gang, author, Ralph Monaco, received the John Newman Edwards Literary Award from President of the James Farm, Christina Kennard!
Discover the events surrounding the encroachment of America's Civil War into Jackson County, Missouri, which for several years before the War was a hotbed of strife and guerrilla warfare among the pioneers of Missouri and settlers of the newly created territory of Kansas. What ignited a fury of wartime activity started with the August 1862 First Battle of Independence and the Battle of Lone Jack a week later. 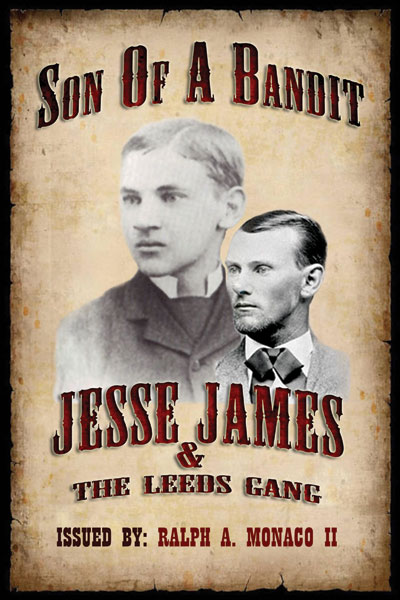 This book attempts to weave the story of those who directly or indirectly issued, enforced, opposed or experienced "Order No. 11." It considers the sensitive balance between the police powers of United States to preserve and protect the country against the fundamental substantive civil rights of its citizens, which are ever-present in today's modern American society faced with national and international terrorism.
Scattered to the Four Winds" tells the true stories of those victimized by the Civil War along the borders of Missouri and Kansas. This is the story of Order No. 11—Martial Law in Jackson County.
Click on the books to "Look Inside" and purchase on Amazon.com today! 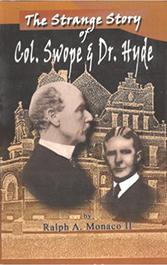 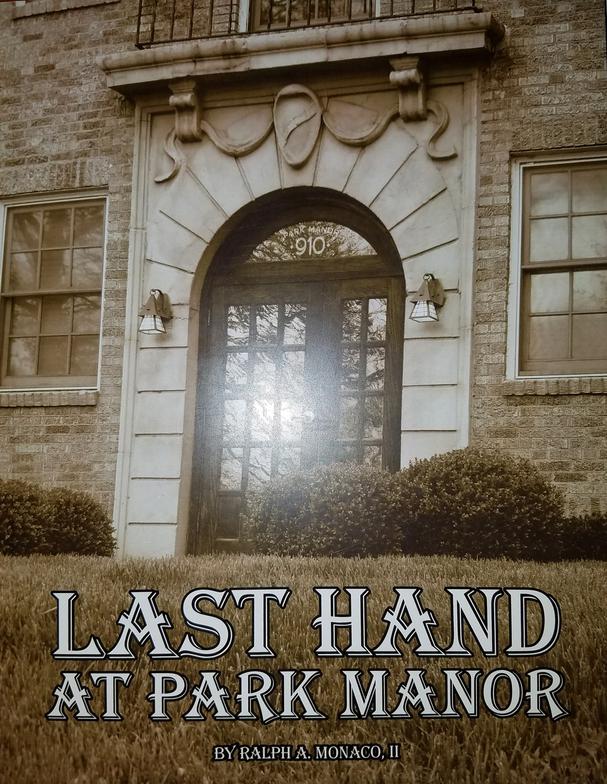 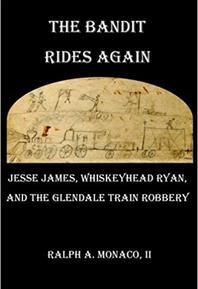 Last Hand At Park Manor
The Bandit Rides Again
After the Civil War through 1876, almost every criminal escapade committed in the Midwest was laid at the feet of the James-Younger Gang. Their banditry suffered an inglorious end in September 1876, at the failed First National Bank robbery in Northfield, Minnesota. Frank and Jesse remained on the lamb for the next three years, living in seclusion and under aliases until Jesse was compelled in 1879 to ride again! This time, the bandit rode with hillbillies too young to have served in the War and too immature to have been loyal followers . . . ultimately proving to be the beginning-of-the-end for Frank and Jesse. It all began under the darkness of night at the backwoods Glendale Train Depot, six miles southeast of Independence, Jackson County, Missouri. Two years later, Bill “Whiskeyhead” Ryan stood trial for that heist, in the politically-charged and terrorized community, and in the same courtroom that still exists today in the Historic Truman Jackson County Courthouse on the Independence Square.
Strange events in Kansas City, Missouri in 1909 surround the mysterious death of Colonel Thomas H. Swope. A man of influence and a philanthropist, Colonel Swope brought the railroad to Kansas City and left his legacy to benefits its citizens even today.
In the late evening hours on Sunday, September 29, 1929 socialites Mr. and Mrs. John G. Benett and their swanky neighbors and closest friends Mr. and Mrs. Charles F. Hofman were engaged in a "friendly" game of partnership contract bridge in the Bennett's posh Park Manor Apartment on Ward Parkway in the class Country Club District of Kansas City.  Soon the world of these two couples would irreparably crash as would the stock market within the next thrifty days on "Black Tuesday."  The Bennett's were ahead on points and assured of victory until Mr. Bennett misread the game and played the wrong hand - a bid of four spades, doubled, and lost by two tricks. His wife, an expert bridge player, promptly decreed that her husband was nothing more than a "bum bridge player." With those words, John G Bennett erupted into rage, slapping his wife several times.  The end was climatic - four shots rang-out; two striking John, who mortally collapsed while clasping the hand of his slayer - his wife Myrtle.  Was his homicide Murder or Self Defense?